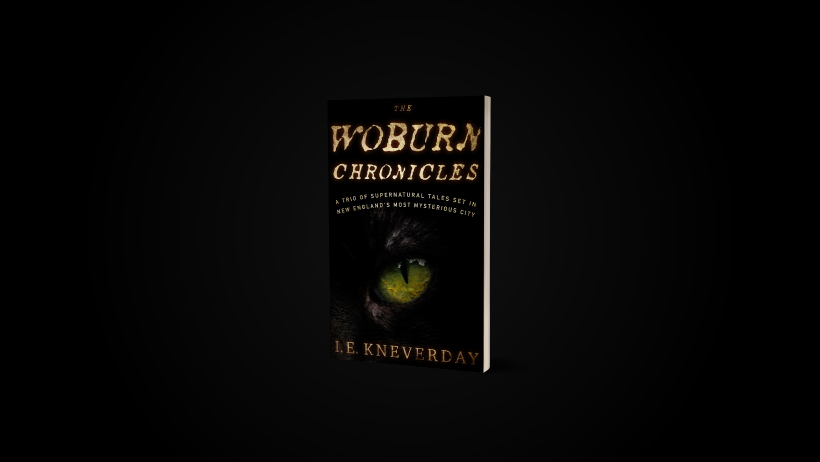 I like my town with a little drop of poison
Nobody knows, they’re lining up to go insane

☝️ Those are the opening lines of “Little Drop of Poison” by Tom Waits, which is a song that perfectly encapsulates the vibe/mood/ambiance/atmosphere I was trying to create with my debut book, The Woburn Chronicles: A Trio of Supernatural Tales Set in New England’s Most Mysterious City.

Ultimately, over the course of several months, I would encounter several songs that would help inspire (and serve as background music for) the writing of the three short stories that comprise Chronicles.

So without further ado, here is the official Spotify Playlist for The Woburn Chronicles:

The Woburn Chronicles is now available in paperback and as a digital download. Grab your copy now.

For the past several years, I’ve had a healthy(?) obsession with New England history and folktales. And while a lot of what you’ll find inside The Woburn Chronicles stems directly from my twisted imagination, you’ll also find that the three supernatural tales that comprise Chronicles are littered with historical and mythological references.

Without a doubt, doing the research for this book took longer than the writing, and it’s hard for me to say which activity I found more enjoyable: the former or the latter. What I can say for sure is that I’ve learned a hell of a lot about the place I call home and have developed a newfound respect for all those peoples, native and immigrant alike, who’ve inhabited this land over the centuries.

For those of you who also have an unquenchable thirst for stories, factual and fictional, set in and around Woburn, and Boston, and New England at large, I’ve put together a condensed list of works that inspired The Woburn Chronicles.

Like all writers, I stand on the shoulders of giants.

A List of Works That Inspired the Woburn Chronicles

Click here to grab your copy of The Woburn Chronicles today (available in paperback or as a digital download).